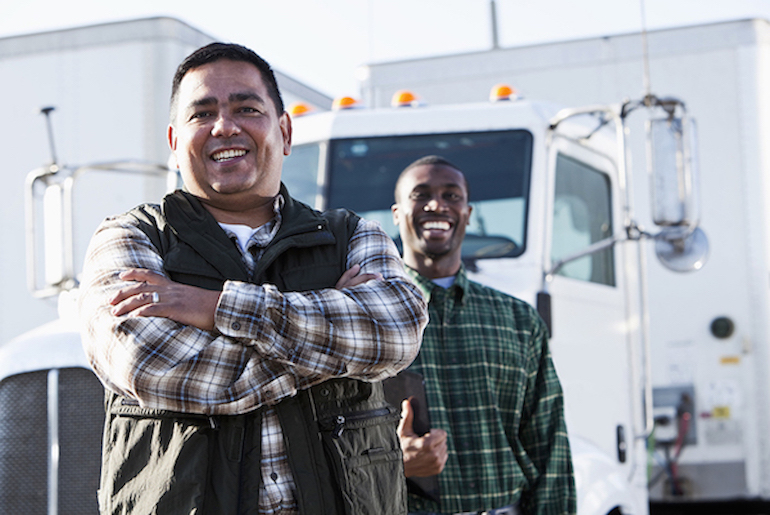 The trucking industry is in a period of extreme transition and innovation. New procedures and technology are introduced almost on a daily basis, each with the ability to move trucking forward, even as it continues to be one of the most common jobs to have in the US, according to a study conducted by National Public Radio.

As fleet owners and managers continue to find ways to keep drivers happy and engaged, the fear of losing good employees is ever-looming. According to the American Trucking Association, turnover rose as high as 87% during a period of 2018. With turnover rates this high, many fleets are turning to new alternatives that can not only keep their fleets intact, but may also encourage drivers to recruit new truckers to strengthen the workforce.

As arguments about technology and its place in the trucking industry continues, one thing is undeniable: Drivers are taking to technology and that technology is producing real results. The North American Council for Freight Efficiency (NAFCE) led a study that showed that, with the appropriate blend of technology and driver capability, fuel efficiency can rise to as high as 10.1 mpg. With the industry average ranging from 4.51 mpg to 6.47 mpg, this is an especially staggering number. For an industry that relies so heavily on a resource as costly as oil, numbers like these speak directly to fleet owners’ and managers’ pain points.

To put into perspective the sheer savings, in dollars, that can occur with the implementation of technology that works, Vnomics’ VP of Operations and Customer Success, Ed McCarthy estimates Vnomics TrueFuel has saved fleets and drivers 75 million gallons of fuel and more than $180 million. With numbers like these, it’s clear that tech isn’t just increasing efficiency; it’s saving fleets millions.

But the tech is just equipment without the people who are most important in the fight for efficiency—the drivers.

‍People Element, a human-resource consulting firm based in Denver, conducts exit interviews of employees from many different industries including trucking. After interviewing 22,000 drivers, the firm learned that drivers most often leave fleets due to their salaries being too low. This sentiment ripples throughout the industry: Drivers feel like they’re not earning what they should be, so much so that they’re willing to leave in large numbers.

This is where technology like TrueFuel can offer assistance. A clear and basic understanding of drivers’ wants and needs is imperative for the industry to continue to grow and thrive. Without the drivers, nothing moves. Not enough can be said about the impact that positive reinforcement and coaching can have on a driver's morale and engagement. Bolstering this positive reinforcement with incentives programs shows drivers that fleet owners are willing to put their money where their mouths are. Vnomics’ TrueFuel provides drivers and fleets with tools to encourage increased driver performance. Whether in facilitating real-time cab coaching for drivers to take immediate action on the road or creating scorecards that are fair and normalized to a driver’s performance, TrueFuel is on the side of the driver.

There are some things in the trucking business that just can’t be changed. The prices of oil keep going up without sign of a slow down anytime soon. Regulations continue to alter the way the hard-working men and women of the trucking industry go about their day-to-day. As long as there are fleets, however, then there are people who will continue to find a way to get things done.

Vnomics understands this. We see TrueFuel as that ally in the cab, there to make everyone better. Whether it be the driver in the cab, or the fleet owner, or the fleet manager, TrueFuel provides solutions to efficiency that effect every part of a fleet. No one individual makes a fleet run. It takes a team—one that Vnomics’ TrueFuel should be a part of.