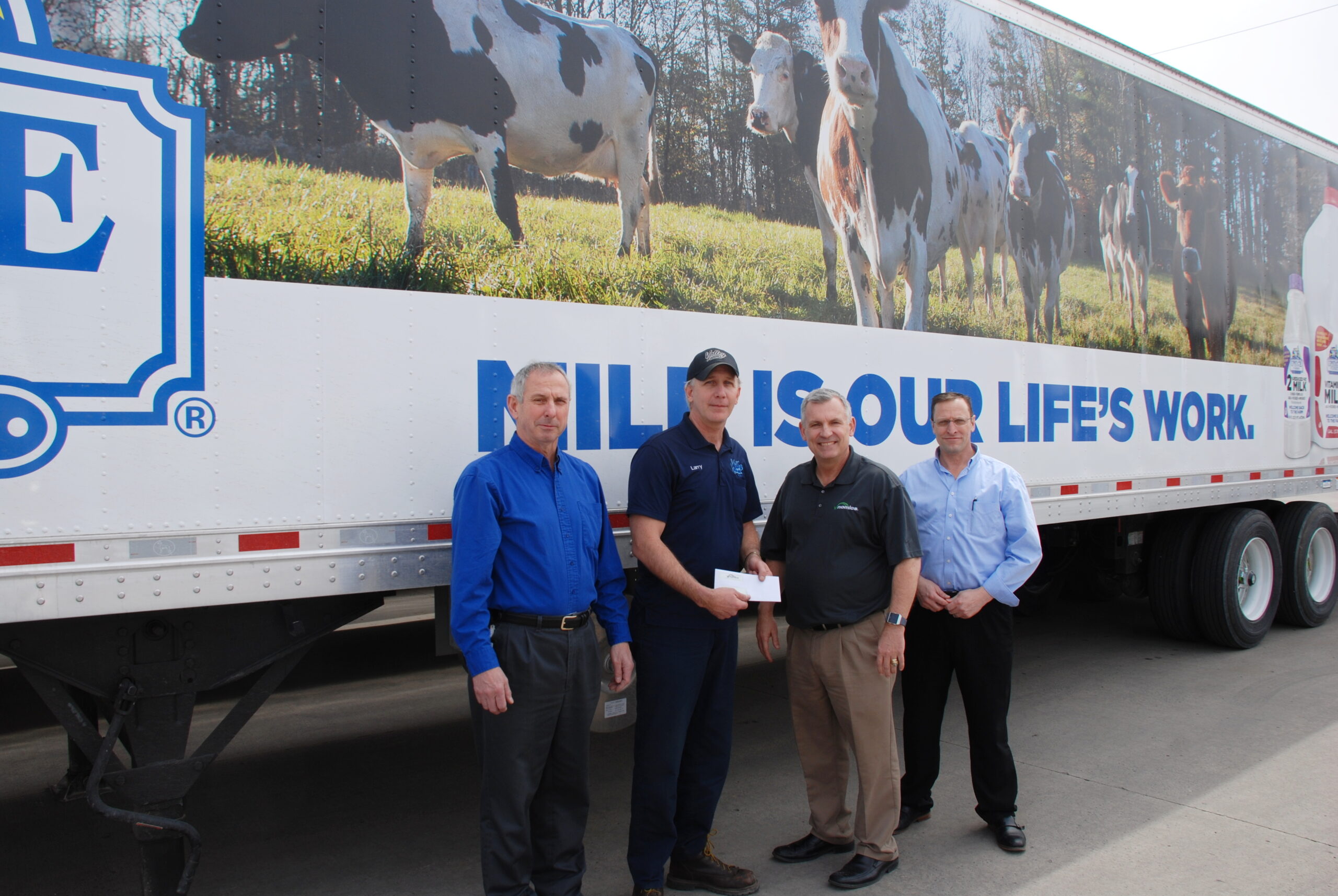 “By using the coaching capabilities of True Fuel® from Vnomics on his 300-mile daily delivery route, Larry Gardner raised his fuel efficiency score to 99.99% during the first eight months of this year. The savings he has generated for Valley Farms averages 1,400 gallons annually, lowering our fuel cost by more than $4,000.”

Valley Farms, based in Williamsport, Pennsylvania, is a part of the Upstate Niagara Cooperative, one of the largest dairy cooperatives in the U.S. The provider of fresh milk to customers in Pennsylvania and New York operates 46 tractors, 56 refrigerated trailers and ten refrigerated trucks.

‍Recognizing it could improve the fuel economy of its fleet, Valley Farms worked with its drivers to limit idle time at deliveries and sought a means of providing them with real-time coaching to improve shifting and speed control behaviors.

While its tractors are equipped with automated manual transmissions, the fleet’s managers identified the need to help drivers more effectively regulate the throttle so the truck could shift gears at the most efficient point in the engine’s power curve.

Larry Gardner, a tractor-trailer driver for Valley Farms who covers 300 miles daily making direct store deliveries in eastern Pennsylvania, was interested in improving his fuel efficiency, and had sought out coaching from his manager.

‍Valley Farms, along with other Upstate Niagara operations, began installing the Vnomics True Fuel optimization solution to reduce fuel consumption and cost by improving driver performance in real time. The company uses True Fuel to identify and quantify a driver’s impact on fuel savings and coach them to change behaviors that waste fuel.

Vnomics True Fuel establishes a truck’s potential fuel economy independent of route, load and other external factors, and then assists drivers to achieve that full potential through in-vehicle driver coaching. The scoring model includes assessments of driver fuel efficiency in the three key areas of engine control, speeding and idling. These three key fuel waste behaviors are rolled into a fair and balanced composite GPA-like assessment of the driver’s real-world fuel efficiency performance that is automatically normalized for operating conditions.

The Vnomics True Fuel solution is also being used at Valley Farms to provide incentives to drivers based on their fuel savings, and to foster competition among drivers to save fuel.

‍RESULTS: Lowering fuel use by more than ten percent

‍With True Fuel in the entire Valley Farms fleet, which travels 1.3 million miles annually, overall savings of 10% to 12% in fuel use is being realized. Across the operation, the company reports that drivers are steadily improving their efficiency scores with others approaching Larry’s near perfect performance. With those savings, Valley Farms has realized a return on its investment in True Fuel in less than one year.

Using True Fuel to improve his shifting technique, Larry Gardner raised his fuel efficiency score from 88% in April 2017 to 99.99% over 60,002 miles during the first eight months of this year. The savings he has generated for Valley Farms averages 1,400 gallons annually, lowering the fleet’s fuel cost by more than $4,000.

To be sure the truck Larry Gardner was driving was configured correctly because of how much more fuel efficient he was than his peers, Valley Farms switched the tractor he was operating for another unit and found that Gardner was equally efficient and that the vehicle was not a factor.

For his efforts achieving the highest fuel efficiency score in the fleet, Larry Gardner was named Valley Farms' Fuel Champ for 2019 by Vnomics. The annual Vnomics Fuel Champ program identifies a company’s most efficient driver and presents them with an award for using True Fuel to it fullest extent, and for setting the standard for efficient transportation.

“With True Fuel from Vnomics we have the ability to coach drivers to shift and manage speed more efficiently. Today, with True Fuel in the entire fleet, we are realizing savings by reducing fuel use by 10% to 12%, and we realized an ROI on the solution in less than one year.”